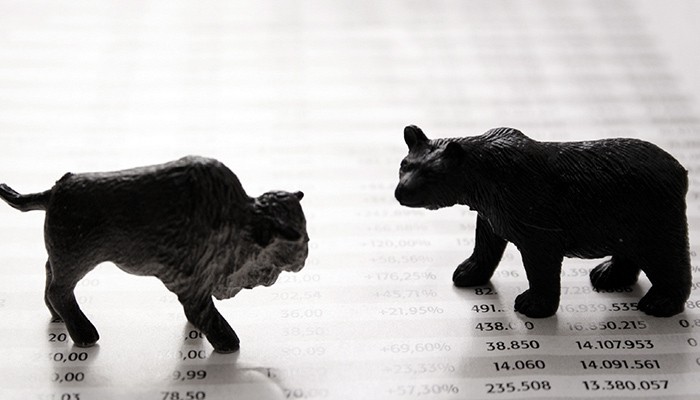 What do you really know about bear markets?

There’s been much hoopla surrounding the longest bull market run since World War II. And rightfully so. However, typical investors need to give equal amount of attention to its counterpart: the bear market.

What is a Bear Market?

A “bear market” occurs when stock prices, in general, are falling, and then widespread pessimism sustains the continued drop in prices. The stock market becomes a bear market whenever stock prices decline 20% from a previous high, as seen in market indices like the S&P 500 or the Dow Jones Industrial Average. Investors lose confidence in the market as they anticipate further loss.

A “bull market,” on the other hand, comes with rising stock prices and increasing investor confidence. Stock prices rise by at least 20% over the course of several months in a bull market.
Historically, bear markets are typically shorter than bull markets. A bull market’s average duration is about 54 months, while bear markets last on average about 14 months.

The terms, “bear market” and “bull market,” come from the behaviors of these animals: A bull thrusts its enemies upward, while a bear prefers to knock its foes into the ground.

· Great Crash of 1929 (89% drop, 34 months)The depression was preceded by the Great Crash of October 1929, with price declines of 13% and 12% on successive days. The crash also inaugurated the worst bear market of all time, with stocks dropping 89% through June 1932. High unemployment lasted through the 1930s.

· Vietnam & Assassinations of 1968-1970 (36% drop, 18 months)
A weakening economy, high inflation, a tumultuous year of assassinations and riots, and tensions of the Vietnam War influenced the development of a bear market, which accompanied a mild recession.

· Oil Embargo of 1973-1974 (48% drop, 21 months)
The 1970s were marked by chronically high inflation. Stocks also underperformed during the decade, rallying and then fading in value. In 1973, the Arab oil embargo drove up gas prices, sparking double-digit inflation, a recession, and a bear market.

· Interest Rate Rise in 1980-1982 (28% drop, 21 months)
By 1980, the country had faced almost a decade of sustained inflation, along with slow growth. In order to fight this “stagflation,” the Federal Reserve raised interest rates. This rate increase, coupled with a deep recession, led to a relatively shallow bear market lasting 21 months.

· Crash of 1987 (34% drop, 3 months)
Due in large part to the excesses of automated computer trading, the market crashed, falling 22.6% in one day. The resulting bear market lasted only a brief 3 months. The GDP didn’t fall, so there was no recession.

· Dot.com Bubble of 2000-2002 (49% drop, 30 months) The Dot.com bubble consisted of soaring stock prices and excitement about newly emerging Internet companies. The bubble burst when investors realized that the newly emerging Internet companies showed little or no profit. The attacks of 9/11 deepened a mild recession and prolonged this bear market.

· Subprime Mortgage & Financial Crisis of 2007-2009 (56% drop, 17 months.) A rising mortgage delinquency rate spilled over into the credit markets because a variety of financial instruments were tied to home loans. As a result, the U.S. and other countries enacted large economic stimulus measures. It was accompanied by the “Great Recession.”

A bear market is difficult to predict, let alone identify. It can also vary depending on who you ask. Falling stock values might just be part of a stock market correction. Rising values might signal a bear market rally, as opposed to a new bull market. And to make things more complicated, there are some who believe in secular bear markets. In another words, smaller bull/bear markets within a longer bear market (lasting between 10-20 years).

Investors need to beware the tendency to overreact to fears of a bear market or thrills of a bull market. Investors tend to tinker with their holdings, often selling after stocks have fallen sharply, instead of buying stocks at low prices. Similarly, some investors sell stocks before the bear market begins, but are then too frightened to return.

While there isn’t much you can do to avoid a bear market, diversifying your investments can help soften the blow. Periodically revisit your risk tolerance and capacity. Assess your comfort level with the current positions you carry in your portfolio.

Be sure to consult your financial planner or advisor on how to best prepare, not only financially, but emotionally when it comes to investing in the market.